Much debate has arisen over the years about the unfair prices of internet access. The communications oligopoly in Canada is seen by many to be bad for the wallets of Canadian. There is often little choice of what service to use and often are left with a hefty bill. This victimization has led to suggestions that internet service should operate as a utility to enable fair pricing.

Internet is quickly becoming the main way Canadians communicate to each other by voice, email, and video. Telephone service is going by the wayside for many as it is seen as an unnecessary expense and a dated technology. Telephone was established as a utility that every Canadian had a right to have access to. With internet now serving the role as a main communication tool, some wish to see increased regulation.

In urban areas, internet service is for the most part guaranteed. With Bell and other incumbents, as Bell’s Gigabit Fibe service stands at $150 compared to Old’s gigabit service O-net priced at $120 and Urbanfibre in Vancouver priced even lower at $69. Small ISP’s offer lower rates, but are only available in small areas, Bell will get many customers just because those customers have not other option if they want faster speeds. 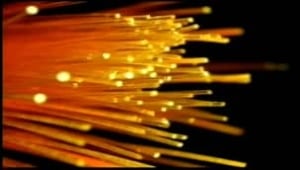 well as smaller ISP’s, announcing 1 gigabit fibre service in many urban centres, cost are also sky-rocketing to obtain these services. The introductory price for

Adding to arguments that internet should be a regulated service, with the onset of gigabit service, the urban-rural divide is increasing. The new investment and roll-outs of gigabit are only occurring in urban settings such as Toronto, Quebec City. No mention is made of rural areas receiving internet infrastructure investments.

Can the internet be treated as a utility? Will that help bring faster service to rural Ontario? With initiatives like SWIFT already making headway in bringing gigabit service to rural Southwestern Ontario. With an aim to bring 1 Gbps service to 3.5 million people for under $100, regulation may not be the best answer. Adding more players to the market can increase competition and lower prices, and help bring high-speed service to under-served areas that deserve parity with their urban counterparts.